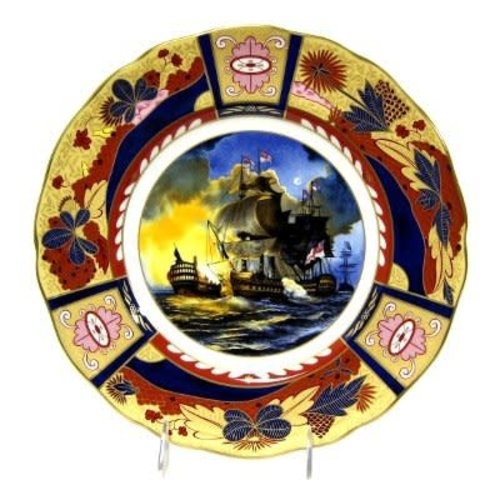 Embossed Fine bone china plate with a painting of the Battle of the Nile. The battle was the end of a three month campaign of French Naval exploits as an attempted expedition to conquer British India. Nelson, despite his smaller armada, captured or sunk most of the French ships in Aboukir Bay. The decisive victory not only destroyed any hopes of India becoming part of the Napoloeonic Wars, but played a factor in the outbreak of the War of the Second Coalition, where other European nations grew confident to challenge Napoleon. 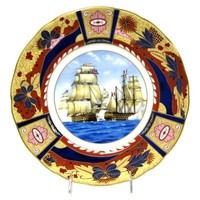 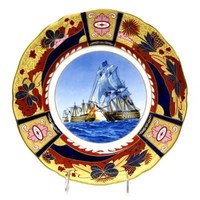 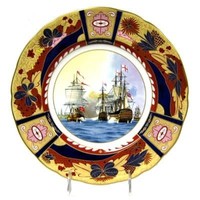