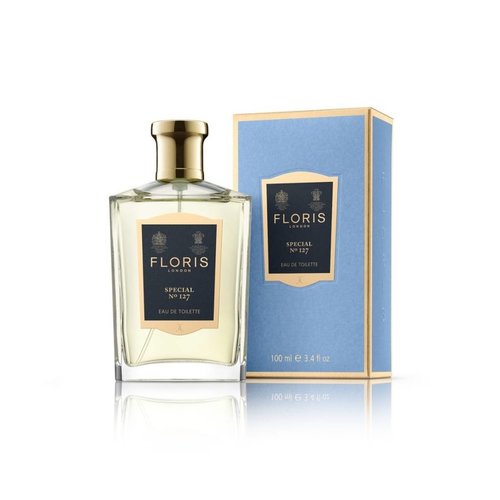 A refreshing citrus blend of bergamot and orange with petitgrain introduce the heart of neroli, lavender and geranium in this cologne. Patchouli and musk add depth and character. Special No 127 was created in 1890 for Russia’s Grand Duke Orloff and named ‘Orloff Special’. Later the fragrance was launched into the Floris repertoire having been renamed after the page in the ‘Specials’ formula book in which the recipe was recorded. The fragrance has become a favourite with many over the years – both men and women. Devoted followers included Eva Peron & Winston Churchill.