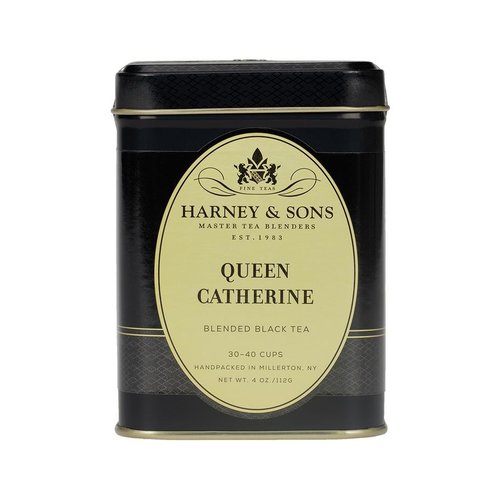 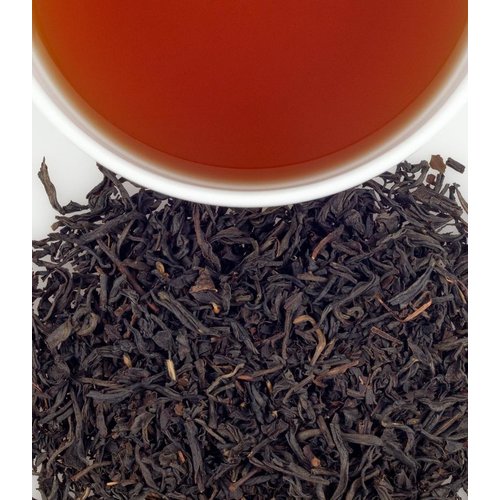 We created this blend of three Chinese black teas in honor of Queen Catherine of Braganza, who introduced her love of tea to the British. We are privileged to have this tea featured in the Museum of Tea in Hangzhou, China. Harney & Sons is the only Western tea company to receive this honor. This tea has a back story folded into another back story. Queen Catherine was a British queen and she helped popularize tea drinking in England, so we call her the "Patron Saint of Tea." This tea was originally commissioned in 1988 by a branch of the Portuguese government as a project to improve the image of their country. The main project was to build a statue of Catherine of Braganza in the Queens Borough (that borough was named after her) in NYC. That project was dashed, however the tea lived on. It was a bright and exciting day when President of Portugal presented a tin of this tea to the President of China, and even better when the tea was exhibited at the Chinese Museum of Tea in Hangzhou China. This is the only tea from a Western source at this famous tea museum.

Dry Leaves: This mixture of three Chinese teas (Keemun, Panyang, & Yunnan) is made up of mostly dark leaves with golden tips.

Aroma: An interesting blend of muted cocoa and spice.

Body: This is a medium bodied tea, not as full bodied as intense BLT (British Legacy Tea). It fills the mouth nicely and tranquilly.

Flavors: As might be expected of a good Chinese tea blend, the flavors are round and relaxed. The flavors come out a bit slower than a BLT. The flavors are a blend of dark honey, unsweetened cocoa and hints of spice. 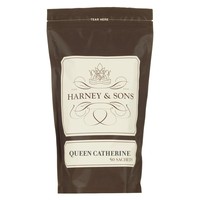