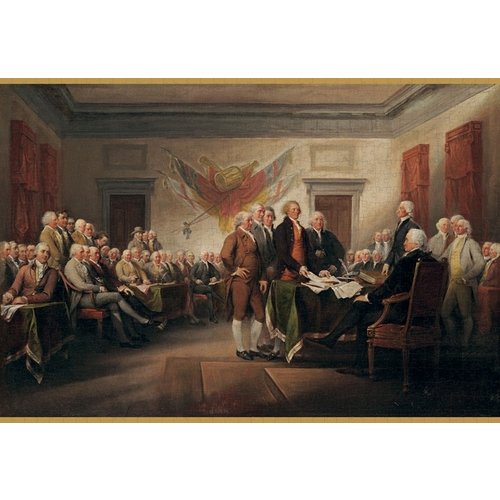 Thomas Jefferson, the principal author of the Declaration of Independence, is shown placing a first draft of the document before John Hancock, president of the Second Continental Congress at the Pennsylvania State House, now Independence Hall, in Philadelphia. Less than a week later, on July 4, 1776, the colonial delegates signed the Declaration, a milestone in American history.

Comes with a key to the delegates shown in the painting.