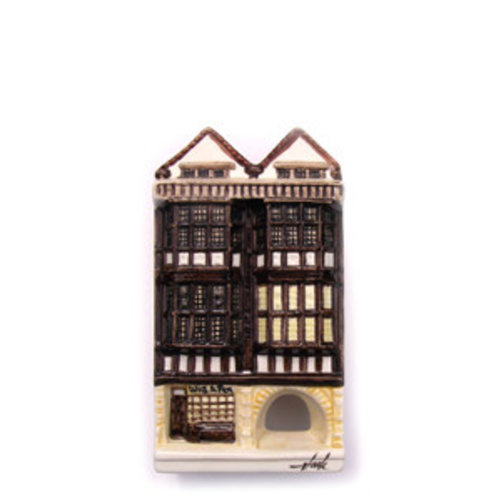 This house, at 17 Fleet St. London, is one of the few buildings to survive the Great Fire of London in 1666. The site was once owned by the Knights Templar, later was rebuilt and became a tavern called Prince’s Arms. This coincided with the investiture of Prince Henry, son of James I, as Prince of Wales. During the 17th century, the house was known as the Fountain and is now Prince Henry’s Room.

The Hazle Heritage version features the famous archway under the building leading to the Inner Temple.   To the rear, a Barrister’s wig & gown hang drying on a line stretched across the building with a little joke in 1970’s graffiti ‘Temple rules OK’. The Wig & Pen pub alludes to the area being known by newspaper journalists and barristers. 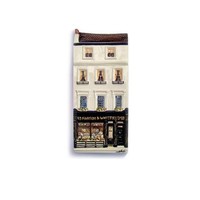 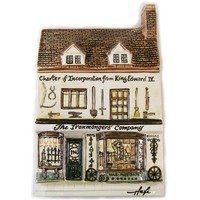 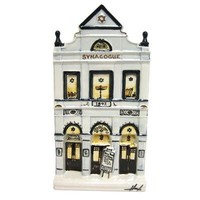 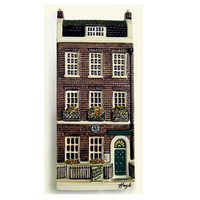