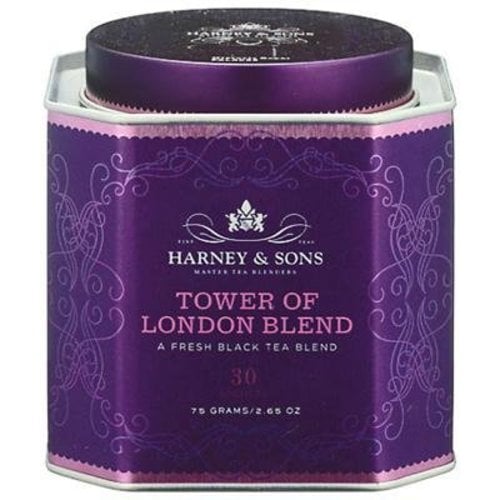 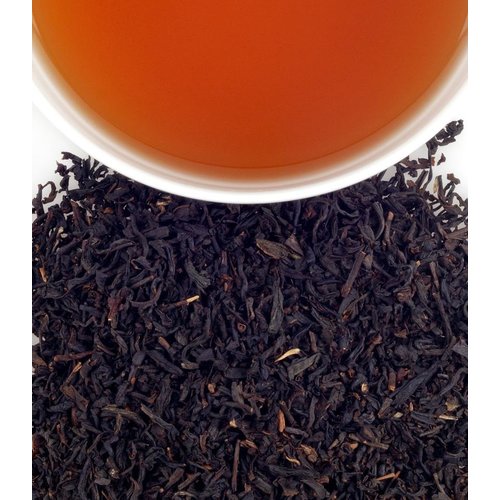 Chinese black teas are stirred with pieces of dried stone fruit, then finished with oil of bergamot and honey flavor. This blend is reminiscent of Elizabethan preserves, flavorful and tempting. Few buildings have the history of the Tower of London. First it was a fort. Then it became the royal prison, so there were some unhappy endings here. It has even stored the Crown Jewels. So when we were commissioned by the Historic Royal Palaces to do a tea in honor of it, we took it seriously (who wants to do time there?) The color of the tin is inspired by amethyst. Historic Royal Palaces is the independent charity that looks after the Tower of London, Hampton Court Palace, the Banqueting House, Kensington Palace, and Kew Palace. Harney & Sons help everyone explore the story of how monarchs and people have shaped society, in some of the greatest palaces ever built.

Dry Leaves: The Chinese leaves are medium sized and black.

Liquor: The liquor is medium to dark brown.

Aroma: A wonderfully refreshing tea with fruity aromas, vanilla, and undertones of honey.

Body: A medium to strong body.

Flavors: This tea is complicated, like the Tower itself. It has flavors similar to Earl Grey, Vanilla and Black Currant. There is also a nice touch of honey.