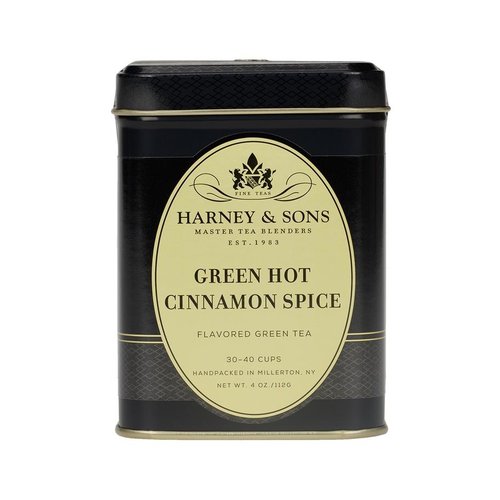 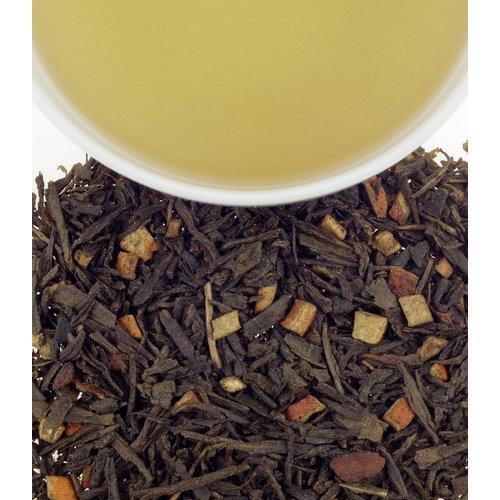 This is a new version of the popular Hot Cinnamon Spice. It begins with Chinese green teas and contains three types of cinnamon. The result is lighter in body than the original black tea, with plenty of bracing hot cinnamon flavor. People sometimes think there's some hot cinnamon sugar or sweetener to this tea, but there is none. The sweetness comes from the cinnamon. Please enjoy this tea!

Dry Leaves: The dry leaves of this tea are dusted with cinnamon and has orange peel added to the blend.

Liquor: Yellow with a light brown hue from the spices.

Aroma: Similar to Hot Cinnamon Spice, the aroma of this tea very spicy.

Caffeine Level: Caffeinated Body Despite the spiciness of this tea, the body remains relatively light; due, in part, to the orange peel.

Flavors: WOW! This tea is one of Harney's most flavorful (and popular), combining orange with natural cinnamon and natural & artificial cinnamon flavors and cloves.