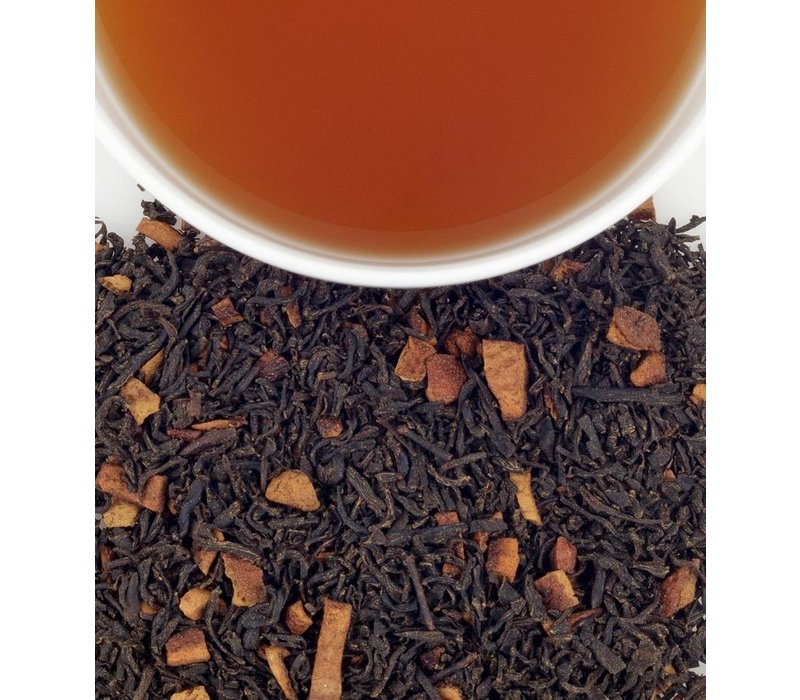 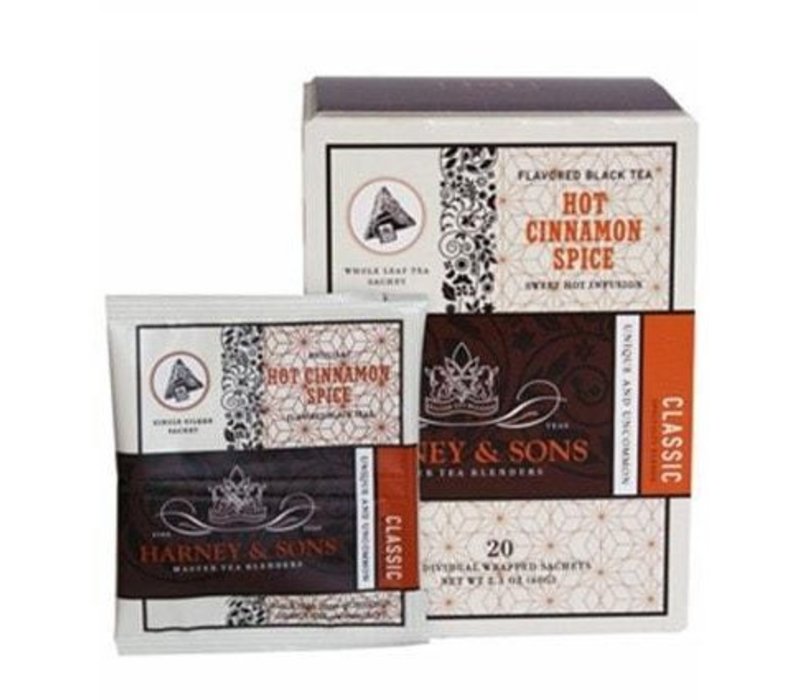 Harney & Sons' most popular flavored tea, this is an assertive blend of black teas, three types of cinnamon, orange peel, and sweet cloves (no sugar added). This is one of Harney & Sons' oldest flavored tea blends. John Harney developed it in the beginning of the 1980s. Over the decades its popularity has only grown, and now it is their most popular tea. People love its combination of strong spices and sweetness. And since there are no sugars, it is safe for everyone to enjoy.

Dry Leaves: China black is the base of this tea so the leaves are dark brown. There are pieces of cinnamon bark and orange peel covered with cinnamon dust.

Liquor: The liquor of this tea is a medium brown with orange hues.

Aroma: This tea has a very strong aroma of spices and citrus.

Caffeine Level: Caffeinated Body Medium bodied; yet it fills your mouth with an assortment of spices.

Flavors: WOW! This tea is one of Harney & Sons' most flavorful (and popular), combining orange with cinnamon and cloves.