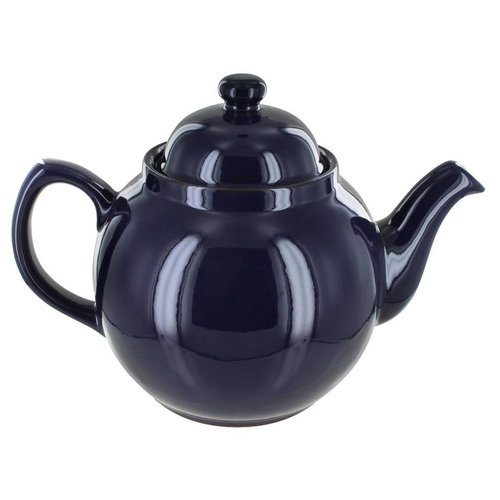 During Queen Victoria's reign, tea became a symbol of Britain's greatest period of expansion and stability. Every home owned a teapot, even if it was a basic "Brown Betty". Tea was no longer a refined, upper class beverage but a basis of a whole meal.

While Charleston dancers and many Victorian glamours have disappeared from the scene, the humble "Brown Betty" teapot has still remained a firm favourite. Its origins go back to the end of the 17th century and to the birth of the British ceramic teapot, although in 1700 an ordinary small unglazed teapot made of red clay from the Bradwell Woods area in Stoke-on-Trent was a luxury item costing about 12 shillings.

Adderly Ceramics' "Brown Betty" Teapots are still made from Terracotta as used by the Elder Brothers in 1695. Their method of making was by "Jolleying" but in later year it became "Slip Casting" giving a smooth finish and even thickness.

Succeeding generations of Englishmen have proved that the "Brown Betty", as these Red Ware teapots are affectionately known, make the best pot of tea in the world. The shape of the pot causes the tea leaves to be gently swirled around as the boiling water is added, thus producing an exquisite infusion. The Red Terracotta Clay with its Rockingham Glaze coddles the brew and gives the perfect cup of tea.